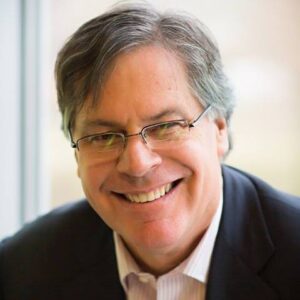 It started with a pair of Nike spikes.  A 400-meter hurdler, Tim competed for the upstart shoe company just as it decided, against all conventional wisdom, to challenge the market dominance of Adidas.  A foot soldier for the brand, he learned from the trenches, as Blue Ribbon Sports redefined and then dominated the athletic shoe market.  He learned his lessons well.  Since then, Tim has coordinated transformative marketing, communications and public relations efforts for a number of innovative commercial and nonprofit global brands.

Tim’s CPG training comes primarily from Bozell and Saatchi & Saatchi Advertising with time spent on, among others, Lipton, Brut, Faberge Organics, New Ivory and various other Procter & Gamble products.  Chief among his accomplishments is the creation and definition of an entirely new category for the Schwan Food Company.  Today, Freschetta – a brand name that he helped create – is a multi-billion juggernaut.  When the first tech boom started to mushroom, Tim embraced the opportunity to help define that industry.  He was a member of one of the first e-mail “reminder” companies, joined “Captain Kirk” at Priceline and worked with search engines Alta Vista and WiseNut to help consumers navigate the digital revolution.  Later, as Executive Vice President at Aspen Marketing Services, Tim oversaw the company’s Public Relations, Social Media and Experiential Marketing divisions which, under his leadership, won dozens of industry awards for the agency’s work on AirTran, Kraft and Georgia-Pacific.  Most recently, he has worked with start-ups covering everything from e-payments to light bulbs to credit and debit cards.

Asked by Ray Chambers to aid him in a number of his nonprofit endeavors, Tim accepted CMO-equivalent, responsibility for successful projects to redefine Newark, change the thinking on paralysis from permanent to treatable, and make volunteering a way of life through President Bush (41)’s Points of Light Foundation and Secretary Powell’s America’s Promise.

Tim is also the Co-Founder of For All Moonkind, the only organization in the world dedicated to preserving the Apollo lunar landing sites and human heritage in space.  For All Moonkind is a Permanent Observer to United Nations Committee on the Peaceful Uses of Outer Space.  The all-volunteer organization was also named a Top Ten Innovative Company in Space by Fast Company in 2018 and 2019.

Tim holds a Master’s degree in Liberal Studies from Georgetown University and a Bachelor of Science degree from St. John’s University.  He is a member of the St. John’s Hall of Fame and a two-time NCAA All American in Track and Field.

Tim has served on the Board of Directors at the Buoniconti Fund to Cure Paralysis, Become.com and New Canaan Baseball and Softball.  He currently serves on the Board of Advisors for Lucidity Lights.